I just finished watching American Vandal on Netflix, and I honestly don’t know why more people aren’t talking about it. This show is a gem among a bunch of garbage. Something that started out as a dick joke became something I never expected: a heartfelt human story of social commentary and societal expectations, combined with an analysis on the nature of documentary filmmaking. How it did all this disguised as a mockumentary with dick jokes is beyond me, but props to the creators for having the guts (and brains) to put this together.

The show opens with news footage of the infamous spray-painted dicks. There are quite a few dicks…it’s pretty much the premise of the show…….dicks…..Then you meet the prime suspect, Dylan Maxwell, the stoner goofball who loves to pull pranks and draw dicks. Sometimes it’s a prank with a drawn dick, sometimes it’s an actual dick. You never know. That’s part of the magic.

Anyway, the whole series revolves around a member of the school news crew who thinks Dylan is innocent, and sets out with a documentary to prove it. Over the course of 8 half-hour episodes, he presents evidence and investigates claims in the style of series’ like Making A Murderer. You also meet the supporting cast that has every type of character you’d expect in a suburban high school. Many of those characters are played by people you’ve seen on the Disney Channel or Nickelodeon, and it only makes it funnier watching former child stars talk about dicks and handjobs.

The reviews are in for American Vandal. pic.twitter.com/DshwW8DvUJ

I will say that the first few episodes left me a little underwhelmed. The pacing was a tad slow and the jokes ventured a little too far into the ridiculous. However, by the end of episode 3 (which is called “Nailed”), I was hooked. I slowly started to realize the show was more than some dick jokes. I made the mistake of starting it around 10 at night, because I had to stay up until 2 am to finish it. I couldn’t stop watching.

While it does have some hilarious and ridiculous parts, the things that grabbed me were the sly expose on documentary journalism, trying to stay impartial to the subject, and the reactions of people to the documentary. Because the documentary is being released as it’s being made, and the students and faculty are seeing the results of the investigation come to light. It really is brilliantly done, and I am reluctant to share much because I don’t want to spoil anything. 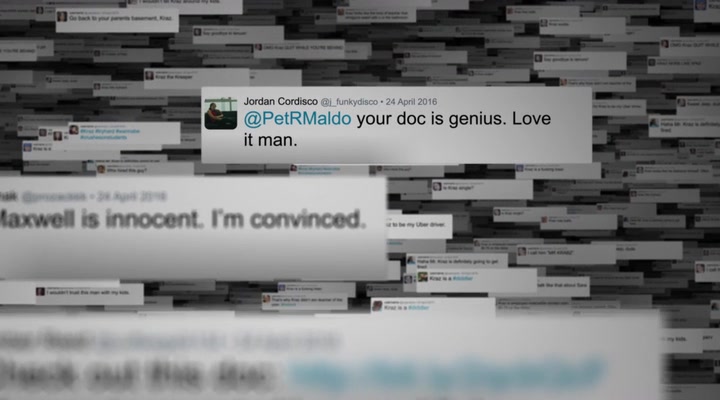 In the midst of all this, though, is an actual investigation that takes a lot of twists and turns that had me anxiously awaiting the next clue. Take away all the dick jokes and character drama, and you still have an entertaining investigation driven show. It makes it damn near impossible for me to sum up my favorite moment. I couldn’t nail down one thing in particular. This show is greater than the sum of it’s parts, though. I highly recommend giving it a try. Especially, since it is only 8 episodes. I got through the whole thing in one night.