If you’re like me, it’s hard to find a game you just connect with. It’s a little disheartening, because I love video games so much. One of the biggest reasons for this is I love a good multiplayer experience, and there aren’t that many out there that I can enjoy for long periods of time. I’ll give almost any game a shot, and it usually ends up being fun for a bit, but has no staying power with me. Enter Battlefield 1.

Battlefield 1 is a game I was probably more excited for than I should have been, but as a fan of the Battlefield series, I couldn’t stop salivating over what they would come up with. World War 1 was an under-explored era in gaming; especially in the shooter genre. As a fan of both war history and military shooters, I was tripping over myself to get this game. You can imagine my relief when it came out and it was actually GOOD.

I’ll go a little further than that. Battlefield 1 is a GREAT game. I friggin love it. It had me hooked from the moment I started playing as a Harlem Hellfighter in one the most chaotic scenes of war I can remember seeing. It’s blend of gritty realism and fast-paced action was enough to keep me playing for quite a while, so I was pretty excited to hear about yet ANOTHER expansion that gives me even more shit to do. 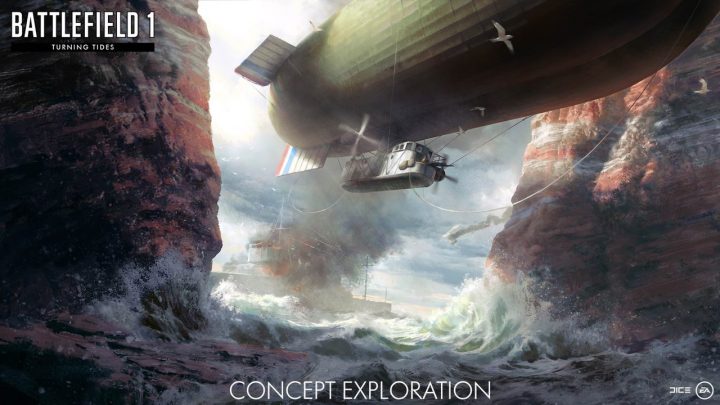 Turning Tides is scheduled to come out from December to January with content being released in a kind of staggered way. Two maps will come out in December, and two will come out in January. With the last expansion, In The Name of The Tsar, having been released in September, I think I can wait a bit for the new stuff….maybe……Actually probably not because I have the video game equivalent of A.D.D. However, In The Name of The Tsar brought the Russians to the front, and the game was exponentially better for it. Turning Tides is bringing the British Royal Marines into the fray, and will have more of a focus on amphibious gameplay, which means ships to blow up.

In addition to the new ships, we get a new airship, plus a couple new weapons, and a new operation set in the Gallipoli Peninsula. If that area seems familiar, that’s because Winston Churchill was the architect of one of the beach landings there….and it was a bit of a blunder. I’m curious to see how the game handles it. I’ve been pretty impressed with their storytelling so far. The mini-campaigns that center around different characters and factions made me wanting more games adopt it just so I didn’t have to pay attention to one particular storyline. No war game has done a better job than Battlefield 1 in capturing my attention with human elements instead of gameplay ones, but BF1 also has the best shooter multiplayer by far.

The expansion also introduces a new gun for my favorite class. Support personnel get to tote around the M1917 and rain hell upon the enemy. There’s also an intriguing new elite class: the Infiltrator. Apparently, it’s for setting up spawn points and calling artillery strikes from behind enemy lines. Count me in. 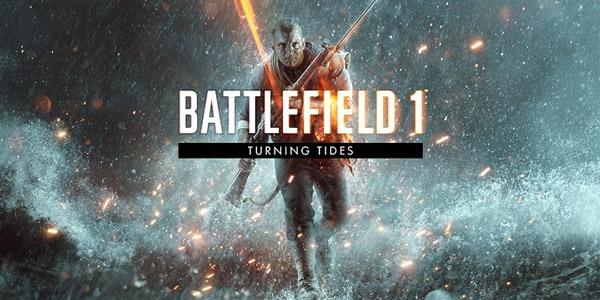 I’ve tried numerous times to get my buddies to join me in the havoc and chaos of this game to no avail, but I will continue to preach this game’s gospel until they do or until the game doesn’t deserve it. I don’t think the latter will happen, so here is my latest attempt. And if you haven’t tried the game, yet, I don’t know how to tell you that you are missing out on one of the best experiences I’ve had in years. Join me, my minions, and together we can stop those evil other team bastards from winning.