I’ve been trying to wrap my head around some of the reviews for Bright on Netflix since watching it a few days ago, and I’m having a hard time understanding their criticism. So let’s go with how I felt about the film before we dive in to some of the complete and utter horseshit people have been writing.

Have you wondered what elvish music sounds like? Check out the final #BrightMovie trailer featuring an exclusive song by @Camila_Cabello. Coming to @Netflix December 22. pic.twitter.com/PG2o7ihArV

My expectations for this movie started waaaaay back when the trailer first premiered. I was cautiously optimistic this movie would be able to break out of the stranglehold of sequel and reboot hell Hollywood seems to be stuck in. The fact that it’s Netflix doing it was even better. There’s no shortage of bad decisions being made when it comes to the silver screen, but Netflix has the tools and distribution to upset the apple cart and provide a much needed alternative (maybe THAT’S what has critics so upset).

Now for some background: If you didn’t know, Bright is written by Max Landis and directed by David Ayer. Both of these guys have a few different credits to their name, but have more misses than hits with the critics it seems. Landis’ best reviewed movie was Chronicle back in 2012, a movie where high school students get superpowers. Ayer is most heavily praised for End of Watch, a phenomenal buddy cop action drama. He also did Fury with Brad Pitt. That kind of sets up the whole premise right there: a writer best-known for modern fantasy and a director best-known for small team based action drama. 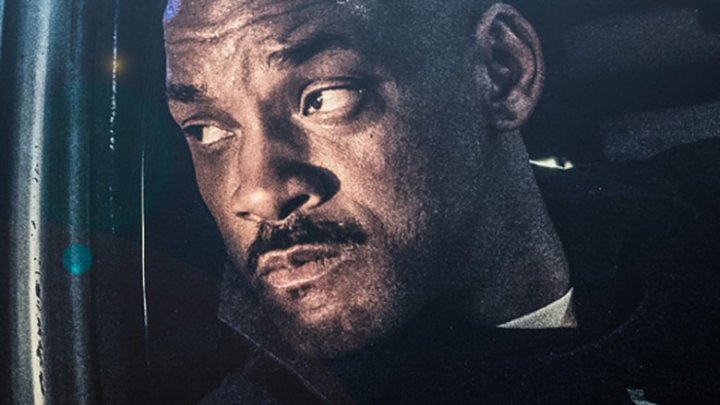 From the moment the movie started, I was intrigued. There was no long exposition on why this world is filled with elves and orcs, just some graffiti and a few crowd shots to let you know L.A. is a bit different here. There’s no waiting around for the movie to dive in. Will Smith and Joel Edgerton set up their relationship very quickly and then we’re off. And once we get started, there’s not a whole lot to think about.

One thing that impressed me was the seamless blend of fantasy world into modern day L.A. Everything from the street art, hot dog vendors, and little mentions of past events craft a universe that needs more exploration. There is absolutely no doubt in my mind people want more from this movie. Every person I’ve read or talked to has said the same thing: I want MORE. I agree wholeheartedly. I want either a series or another movie…or movies. I love genre-blending films. I don’t think a lot of critics do, though, but we’ll get to that in a second.

Overall, I have to say I enjoyed this movie more than I thought I would. The wife and I both loved it, and that’s rare enough to warrant praise on its own. It may not be perfect, but it is definitely endearing. Will Smith can still be entertaining even when he’s not trying that hard, and Joel Edgerton is better than most “good” actors these days. Adding Noomi Rapace as a murderous she-elf, and Edgar Ramirez as a Magic Task Force agent only made me want so much more from their characters. That’s a common theme for me: I wasn’t satisfied with what they gave me, but only because I thought it was GOOD, not lazy. There were some slow moments in there, and things we’ve seen from David Ayer before, but I still can’t see why so many people hate it.

…So, the reviews….Damn where to even start. I guess we have to mention how completely polarizing the movie’s rating on rotten tomatoes is. As of typing this, the critic score is sitting at a 30%, while the audience review score is sitting at an 89%. That is a HUGE gap. Something isn’t right here. I feel like they watched two different movies. How in the hell can there be such a monumental swing in how people feel?

Let’s take Katie Rife from avclub.com for one of the dumber takes:

“Finally, high fantasy for the sunglasses-on-the-back-of-the-head set. If nothing else, you have to admire the audacity of the Netflix executives who greenlit Bright: The core conceit of this film—a violent, R-rated cop movie that just so happens to have fantasy creatures in it—is so batshit bonkers that it’s kind of impressive that they made it, let alone spent $90 million on it. Making the whole enterprise even more precarious is the fact that it’s an original script, without the brand recognition that helped mitigate the risk of another unusual genre hybrid released earlier this year, Logan. But let us be clear, reader: Logan, this is not.”

…..What? The fuck are you talking about? Her first criticism is that it’s a fantasy film for people that wear their sunglasses a certain way? I guess she means people that act tough? Then why the hell do my nerdy friends seem to like it so much? And apparently the film is “batshit bonkers” for blending genres and not making a big deal out of it. Then she has the balls to compare it to Logan. Yes, a buddy cop movie with orcs and elves is in the same mold, in her mind. What a fucking dumbass. She also goes on to lament a lot of the current day lingo like “fairy lives don’t matter”, and that the movie just played around with it and never put on its serious face for modern day racism. I think that was kind of the point, dipshit. It treats it like an everyday thing. No one bats an eye, because that’s normal in this world. She also seems to have an issue with the “tough guy” attitude of the film, because inner-city L.A. cops all listen to classical music and discuss poetry on the beat. I don’t think this woman has ever left her apartment.

Then there’s this asinine take from oneguysopinion.com:

“Coming in just under the wire for consideration as the worst movie of the year, this big-budget Netflix original mashes “Alien Nation” together with “Lord of the Rings” and “Training Day” to contrive a mess of apocalyptic proportions, a black hole of a movie that sucks all life from the screen.”

Wow. Just wow. The balls on this guy to call it one of the worst movies of the year, then say it sucks all life from the screen. I don’t even know what to say to that. I don’t know anyone that watched this movie and thought it was not entertaining, so I don’t know how to refute this except to say I thought the screen was FILLED with life. Every aspect left me wishing I had more of this universe to explore, which is exactly what lifeless movies do, huh?

I don’t want excoriate to many critics here, so I’ll leave with one of the more level-headed ones that comes from Chris Klimek of NPR of all fucking places:

“Critics have already lined up to pillory Bright as among the year’s worst releases. Don’t believe the clickbait…..The CGI armageddeon stuff is just as visually indistinct as it was in Justice League, but the scenes of Smith and Edgerton driving around on patrol, bickering like all the Murtaughs and Riggses and Crocketts and Tubbses and Cagneys and Laceys who’ve sat in cars together on stakeout since the First Age of Middle-Earth — lo, they cast a mighty spell of pure adequacy. You are, in likelihood, too old for this s—t. But I, apparently, am not.”

I still have some issues with that review, but at least ONE critic seemed not to care that the movie is just for fun. There’s so many of them that want the movie to be more serious, want the history to be more explained, want it to be less tough guy action, and I just don’t understand what the fuck is wrong with them. How about instead of wishing the film did things a different way, you just critique what it actually is: a fun, hybrid buddy cop drama with orcs and wands that doesn’t take itself too seriously and manages to avoid the usual Hollywood bullshit.

I think we need to look at how much we pay critics for their opinion. If the amount is “any”, they should take a pay cut and go back to their tea and cat pictures while the rest of us watch stuff we like.

One thought on “If You Don’t Like Bright On Netflix….You’re Wrong”