I’m a gamer than loves me a good AAA title. The amount of time and effort (and money) put into some of them is staggering. They can create some of the best moments you’ve ever experienced…or the worst. And if you’re like me, you’ve feel like you’ve been punched in the dick by certain games and developers this past year. I’m looking at you Destiny 2, COD WWII, and Battlefront 2. You fucked me, and you didn’t even take me out to dinner first. This led to me trying desperately to find enjoyable games I didn’t have to shell out money for or leave with a sore rectum.

There were some I already enjoyed, and I went back to them full force. Others, I had only heard about, but always wanted to try. I figure there might be some gamers in the same boat, and were looking for some good picks. So here’s a list of free games I think you should give a shot while giving the middle finger to EA and Activision as hard as you possibly can.

This was one of those titles that someone always brought up when I mentioned wanting to find something new, but not wanting to spend anything. It came out way back in 2013, but always had a pretty solid player base. I have a few friends that played it on PC, but I wasn’t willing to give it the time of day, because someone showed me the gigantic skill tree and I said “hell no”. That amount of picking and choosing skills was too daunting for me, and I am notorious for having no idea what I’m doing in a game. If the mechanics don’t get ingrained in the first 30 seconds, I’m probably going to miss a lot. But THEN, the game was brought to Xbox, and I decided to give it a shot because a mouse and keyboard makes me feel like I have motor skill dysfunction. A quick youtube tutorial on the skill tree, and I was off. If you want an action RPG in the style of Diablo where you can get lost spending hours slaughtering everything, this might be your game. I also haven’t spent a dime.

I honestly hadn’t heard of this one until it came to Xbox. Yeah, I know I can be an ignorant savage sometimes, but I blame the schools. I don’t even remember where I saw it first; I just know I downloaded it at some point (I may have been drinking). I tend to shy away from MMOs because they are either too complicated, too grindy, or too generic. In my experience, Skyforge is none of those. The combat is fluid and fast-paced, using skills and switching classes is phenomenally simple, and it sure as hell feels unique to me. Granted, my MMO knowledge is severely limited, but I’m like Matthew McConaughey driving a Lincoln…I just like the way it feels. The game just gives you so much to do that I’ve had more than a few time WTF moments after looking at the clock and realizing how much time has passed. The blend of single-player levels with massive areas filled with other people and baddies to kill is perfect for me. I get to learn new enemies before getting thrown to the wolves (literally), and get to jump in with other players and classes in no time at all. My only gripe about this one is it seems to crash a lot, but loading it up is so fast that I almost don’t care.

This one I just started playing. I’m a fan of pretty everything Hi-Rez does, but I had forgotten about this one until the Hi-Rez expo going on right now. You can make a lot of comparisons to Overwatch, but the ability to change out cards that grant different buffs or endurances made it interesting enough to give it a shot. I fell in love almost immediately. This game is fun. There is a MASSIVE amount of characters to choose from, and I already have a few that I’m pretty good with, which is a little rare. I usually have to try out quite a few before I find one that feels right. Skye is probably my favorite right now. A stealthy assassin that shoots people in the feels and throws out a time bomb as a super is right up my alley. Unlocking a card that makes you more dangerous while stealthed only added to my ability to tear people apart. Her ability to escape from a fight is a plus, too, because I make a lot of dumb decisions. This is one game I can’t wait to get good with, and look forward to playing with friends. 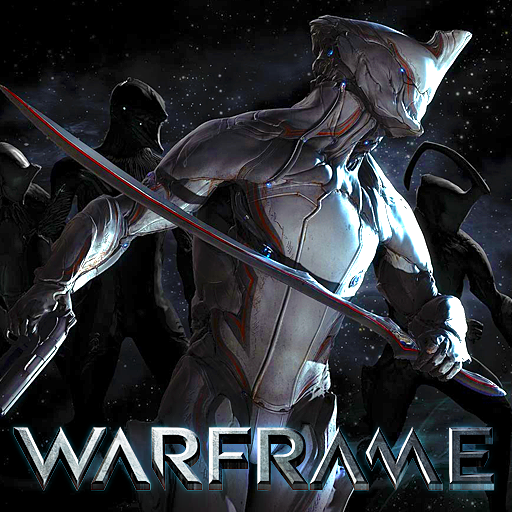 Ah, yes. The old tried and true. If you haven’t heard of this game, you should contemplate where you get information. If you’ve heard of it and haven’t played it, you should contemplate your choices in life. This is another game that came out back in 2013 and has consistently refined itself and built up its player base all while remaining determined to be free to play. My hat is tipped to these guys for making such an extraordinary space ninja epic with combat to rival any AAA title, AND constantly adding new elements and expansions. The newest expansion, Plains of Eidolon, released in November. You want to be a bio-mechanical space warrior that forges its own weapons and armor? Hop in that Warframe, bitch, and start slicing and dicing aliens today. 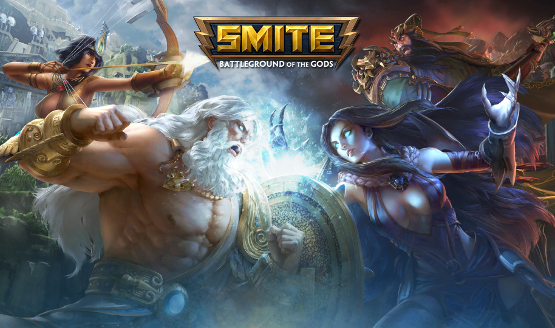 Get in some MOBA action while also learning some mythological history? Don’t mind if I do. Technically, this game is still free. Also technically, I have spent more on this game than any other….but my characters look sooooo gooooood. And that’s kind of my point, all of the money I’ve spent hasn’t made me any better of a player (just look at my stats, ew), it’s purely cosmetic. Hi-Rez has my respect foremost for their constant additions to the pantheons, and constant tweaks to combat and items. Their community involvement is also a high point, and the transparency with which they announce things is a breath of fresh air after smelling Destiny 2 bullshit. This is one I played a while back but got discouraged because I never really got the hang of it. After a long hiatus, I came back with renewed vigor to learn exactly how each character plays. I’m still not great (especially when playing Assault), but there are a few characters I have clicked with that allow me to rarely have a bad game…unless I’m playing with my friends that have played way longer than me and I go up against a higher tier of players, but that’s MY fault for having them as “friends”.

There’s a reason this is at the top of the list. This game should be at the top of EVERY list. Best album of 2017? Fortnite Battle Royale. Countries with highest GDP? Fortnite Battle Royale. The base game of Fortnite was already a surprise hit when it first came out. We played the hell out of the Save The World PvE mode when it first released. Little did I know that EPIC would soon release a game mode that would rival any multiplayer experience I’ve ever had, and become one of the must play games of the year. (Be forewarned: I’m about to shit on PUBG, so if that causes you discomfort, please keep reading.) The Battle Royale game type may have been popularized with PUBG, but EPIC took everything PUBG tried to do and not only did it better, but expounded upon it. With Fortnite’s construction mechanic already in the game, the ability to build your own cover or bypass obstructions is a new tactical element that creates some of the most insane moments in a game I’ve ever seen.

This is another developer that has my loyalty for the near future for the sheer amount of dedication they show to their players. Even at the slightest server hiccup, they send out a post letting people know they’re working on it. Was there a particularly fun glitch people found? How about they add it to the next rotating mode. How about they constantly improve every single aspect of the game while also experimenting with new items, weapons, and game modes JUST TO SEE WHAT HAPPENS. Did I mention one of the best games of the last few years is currently completely free? However, this is one game I don’t mind throwing money at. Gimme that new costume.