Dark Souls Remastered on the Nintendo Switch will be the end of me.

No, I don’t think I’m being overly dramatic by saying this. You don’t understand how much Dark Souls and the Nintendo Switch have consumed my life at completely separate times. Now they’re combining them into a Frankenstein’s monster of my impending doom!

For months now I’ve been trying to tell everyone I know, who even gives two shits about video games, how amazing Nintendo’s new console is. And now, giving me the ability to play one of my all-time favorite games on the Switch is bad news bears for me.

I’ll forget to eat. My wife is going to hate me again. I won’t remember that I have kids.

This is going to be bad and I only have one thing to say about it, “Praise The Sun!” 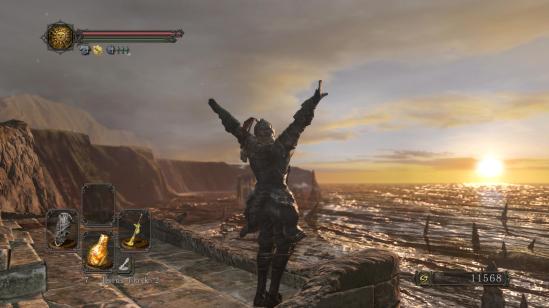 It’s bad enough that I love the Switch as much as I do—It is the greatest console in the video game stratosphere after all. If you’ve played one, you know what I’m talking about.

Yea, Yea, the Xbox One X is all beautiful and powerful—blah blah blah— but the portability of the Switch with its ability to run big boy, AAA games like Skyrim and Doom at 1080p docked, and 720p handheld, is simply amazing.

Having the ability to explode demon heads on the go and fight dragons in the bathroom, in more way than one, is so revolutionary it makes me want to throw up because I get so excited just thinking about it. 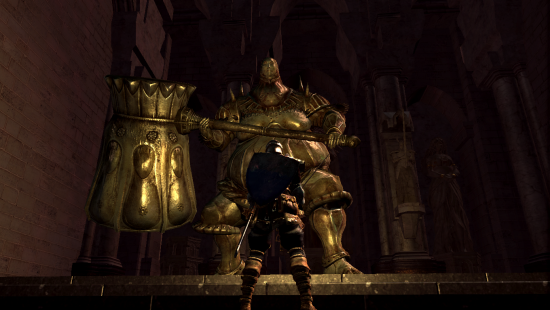 Now they want to add Dark Souls Remastered to the library of this portable machine of awesomeness that is the Switch. Can you imagine playing Dark Souls on a plane? One bad death to an Asylum Demon and all of a sudden everybody on the aircraft thinks you’re a lunatic who wants to murder them. THAT SOUNDS AMAZING!

Apparently Dark Souls Remastered on the Nintendo Switch WILL run at 1080p when docked, which is cool, but why in the hell would I want to play it docked when I can sit on my couch, toilet, outside, or lay in bed and and slowly watch those magical words “You Died” leak onto my screen? If I’m in bed I’ll have pillows all around me if I need to lash out and vent some of my gamer rage—it’s perfect!

I know there are a lot of great games coming out this year, but Dark Souls Remastered on the Switch just stole my heart and became my #1 anticipated release for this year. It releases on May 25th and I don’t know if I can wait that long. I think I might die from waiting. Too much excite! *Passes out*

I'm just a sports fan that loves a lot of other shit too. Find me on Twitter @JoshBeardRadio View all posts by Josh Beard