Disclaimer: I know Kerry already did a review on this movie, but I don’t care. I want to do one too—so suck it.

The first time I read Ernest Cline’s “Ready Player One” I was amazed.

I was amazed at the concept of an entire digital world that everyone lived in. I wanted the Oasis to be a real place. Not because I need a departure from reality necessarily, but because I really fucking love video games and playing games in the Oasis sounded incredibly badass.

I was amazed by the sheer number of references in the book. It was almost like he made an 80’s & 90’s almanac style pop culture shopping list and just decided to read down the list to throw every single reference he could, from Oingo Boingo to Ultraman, at the reader. It was amazing, mostly because I really love almost everything about the 80’s. The music, the movies, the wardrobe—if you could take today’s technology and thrust it into the 1980’s that would be the greatest decade ever.

But what I was most amazed by with Ernest Cline’s first effort at being a novelist was just how poorly written it was. I mean, my 9 year old daughter could form thoughts on paper better than that.

So that’s the mentality I had going into the movie.

The visuals will be great, the action will be amazing, the concept is fan-fucking-tastic, it will be a nostalgic festival of pop culture references that will make the memberberries from South Park rock hard with memories of better times, and hopefully all of that makes up for the absolute ass of a storyline— and boy did it ever.

This movie is so chock full of eyeball candy goodness that it’s almost overwhelming at times. It’s a movie that needs to be watched multiple times just so you can catch all of the action and references that are thrown into your brain. There just isn’t enough time to process it all.

You’ve got Battle Toads, Ninja Turtles, Master Chief, Gundam, blah, blah, blah. So on an so forth. It is 2 hours of fun and entertainment.

Now the story is once again completely atrocious, but it’s not necessarily a bad thing. The storyline was definitely a departure from the book, but it felt like a cheesy 80’s or 90’s sci-fi flick storyline—it worked for this movie. Predictable lines and plots, cheesy romance, nincompoop villains— this movie had it all. Throw in that they changed a lot of aspects from the book to make the movie more visually stimulating and eye popping and Steven Spielberg put together a pretty solid movie that I’ll enjoy watching with my kids from time to time. 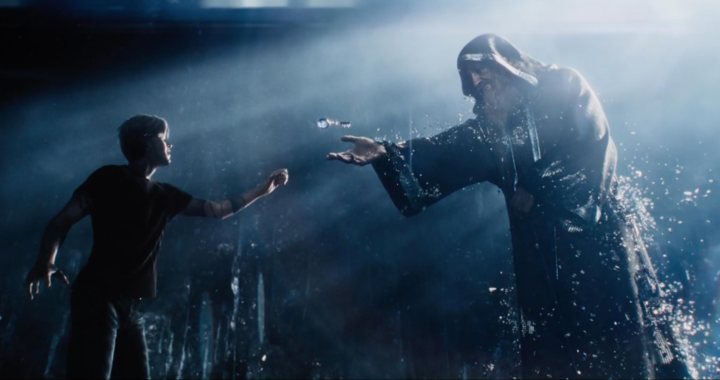 Expectations will kill this movie for you, so go in without any. If you go into Ready Player One thinking you’re about to see the greatest sci-fi movie ever created well then it’s your own fault once you burn the theater down for “stealing you money”.

On the other hand, if you realize the book was nothing more than cool action, cool concepts, and an amazing pop culture journal, with a storyline that couldn’t have even made an episode of DeGrassi (shout out to Drake), and go into the theater knowing this, well then you will be pleasantly surprised with the glorious eye candy and mindless entertainment the screen vomits into your vegetated brain.

I'm just a sports fan that loves a lot of other shit too. Find me on Twitter @JoshBeardRadio View all posts by Josh Beard